What have we been up to at Scone Palace?

What was the problem?

Scone was for nearly 1000 years the crowning place of Scottish kings and the home of the Stone of Scone so when Gwen Haxton, Duty Manager approached Bridge Systems Ltd regarding a communication solution we were delighted to meet her and visit such a location steeped in Scottish heritage.

The equipment being used by the staff at Scone had reached the end of its life and came to Bridge Systems Ltd for some guidance.  Gwen Haxton “The company has experience of this sector and offered a range of suitable equipment, however it was the professionalism and confident yet gentle guidance offered by David Scobbie and Mike Deery that really gave us confidence in using Bridge Systems”

What did Bridge Systems do to help?

Bridge Systems provided Scone Palace with a Digital Mobile Radio [DMR] solution using equipment from Hytera.  The network comprises of a RD625 digital repeater and a mixture of PD505 & PD565 hand portable radios.  The RD625 is a compact wall mounting repeater with AC/DC power.  It will charge an external battery for emergency back-up power  allowing communications to be maintained during power failures.    The PD505 is a lightweight and compact hand portable radio.  It’s easy to use design offers excellent voice communications.   The PD565 is equipped with an LCD display and offers enhanced functionality such as; a contact list (allowing senior staff to call other users directly), visibility of who is talking at any time (via each radio’s unique ID number) and text messaging.

The switch to digital has brought additional capacity to the users at Scone Palace through DMR’s two time-slot mode of operation.  This allows two simultaneous conversations to be active on the system at any time. 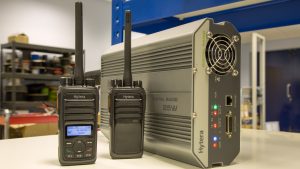 The users have been split into two groups and they now effectively have their own radio networks, which mean that neither group has to listen to the other’s voice traffic.  They had previously been segregated using CTCSS tones on the analogue system, but whilst this separated the traffic it meant that the second group was barred from calling while the channel was in use.

Despite being split into user groups, the flexibility of DMR still allows system-wide calls to be made (when necessary) allowing all users to be informed of important information.   Additionally, senior management radios have been programmed to allow them to be switched between ‘monitor all’ and ‘normal’ mode so that a manager can choose to listen to the daily traffic as and when appropriate.

Gwen Haxton “Our original equipment was so dated that the new equipment is a revelation! Finding appropriate modern equipment has made communication between staff & departments hassle free” 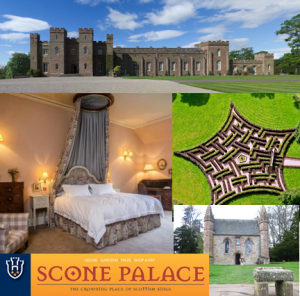 Set in the heart of a 28,000 estate, Scone Palace is a 5 Star visitor attraction located on the edge of the City of Perth, Scotland.

Scone was originally the site of an early Christian church and later an Augustinian priory. After damage in 1559 during the Scottish reformation, the Palace was home to the Earls of Mansfield for over 400 years. The Palace has undergone structural and design changes throughout the ages, work commissioned by Architect, William Atkinson.

The opening season for the Palace runs April – October;

The gardens include the first Douglas Firs, a Pinetum, kitchen garden and a star-shaped maze. The Palace also hosts multiple outdoor events including the GWTC Scottish Game Fair, 80’s festival – Rewind and the Farming  Yesteryear Rally.

With a luxury 5 star, self-catering apartment set within the Palace, you can enjoy a short stay at Scone.  contact Anne-Sophie on 01738 554 932 or email stay@scone-palace.co.uk 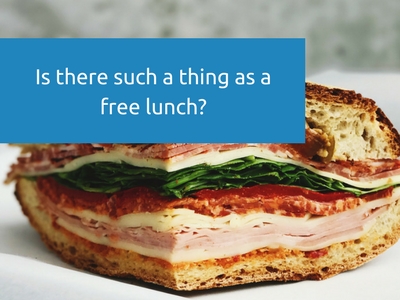 Is there such a thing as a free lunch?

In business, customer service is massively important.  In days gone by, there were not as many products, sellers or varying prices for the same products.  I suppose in a way, it may have been easier Read more… 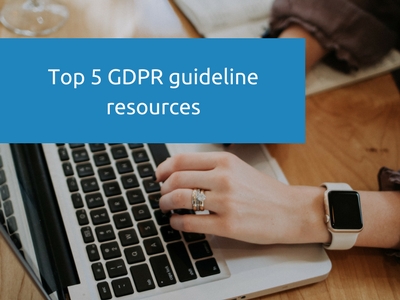 There has been an abundance of content flying about the internet about the new GDPR regulations coming into force on 25th May 2018. It is a hot subject and one that companies need to be Read more…