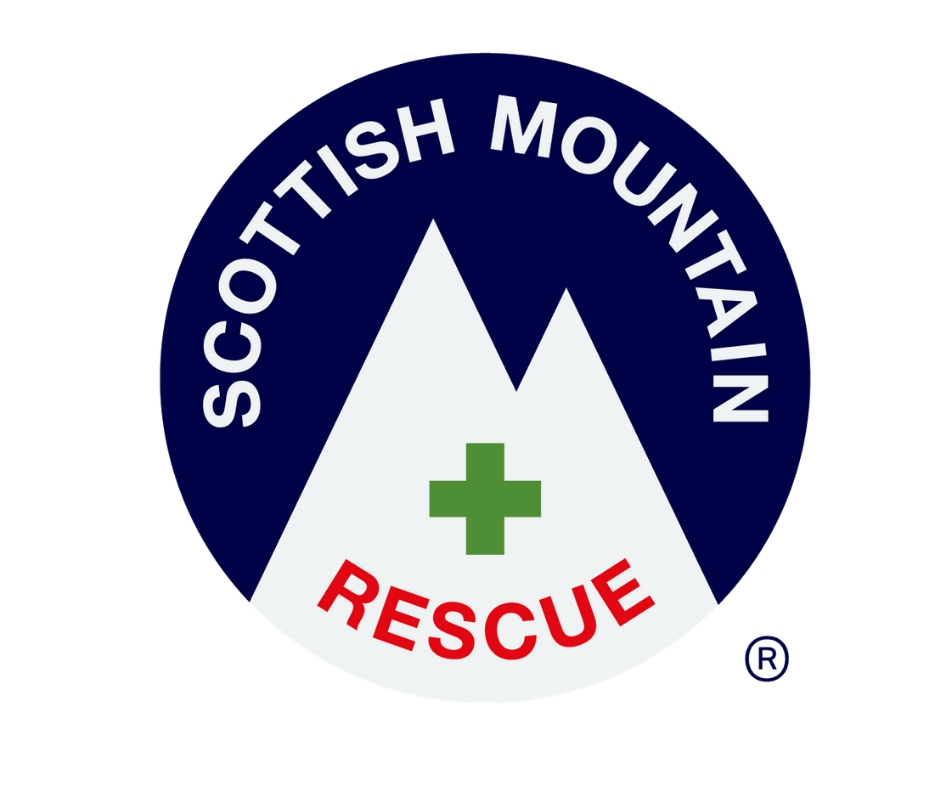 Long-term use in harsh environments called for the replacement of the radios used by Scottish Mountain Rescue teams. A project that has now been successfully completed as 24 teams have brought the radios into service. Started in 2015, the replacement programme was by no means an easy task, and involved the hard work of many people, not only from SMR but also from the Scottish Government, Police Scotland, St John Scotland and Bridge Systems (Dunfermline).

The 2004 VHF radios used by the teams until recently have been key in mountain rescues and saving lives across Scotland. However, over 10 years of use in severe mountain conditions, together with developments in technology, resulted in the need for new radios for the teams.

Radios are vital in mountain rescue, providing crucial communication between team members, bases, vehicles and even other organisations such as the coastguard. There are around 1,000 hand-held, battery-powered MR radios in Scotland and around 150 vehicle and rescue post based radio sets, spread over 27 rescue teams. Communication should always be possible between any two such radios which are within range and line of sight of each other – and will often be possible beyond this. 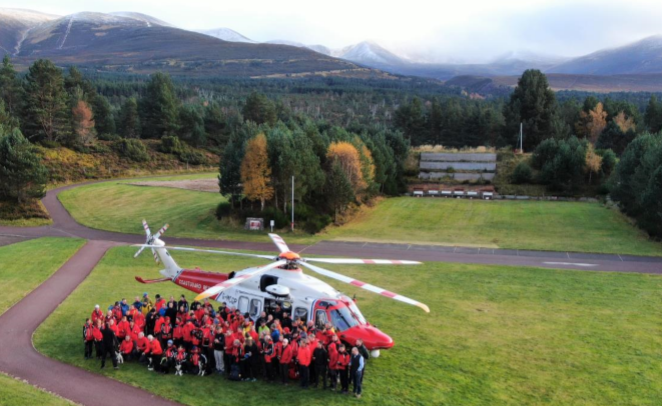 Mountain Rescue use a separate VHF radio system, with a number of designated channels and a range of up to 50km if they have line of sight. VHF provides an independent, robust, well-proven network, which is ideally suited for use in remote, mountainous areas and can be deployed anywhere; a key part of the toolkit for individual rescue teams. VHF is preferable to a system which relies on a network of fixed base stations, like mobile phones or Airwave. Airwave is the mobile communications network used by Great Britain’s emergency services and the combination of access to Airwave and VHF is complementary.

An independent VHF network is critical in Scotland from a resilience point of view. It functions as an alternative in case of damage to infrastructure, for example base stations, power supplies and satellites, which would render mobile phones and Airwave inoperable. The VHF network can also be used as a complementary, multi-channel network to facilitate the co-ordination of on-the-ground search operations.

In major incidents, such as the Grayrigg derailment in 2007, the mountain rescue VHF radios proved a vital resource, as the trackside cables were damaged, taking out police radios and mobile phone networks in the area. The VHF network has also proven to be extremely valuable during major incidents in Scotland such as the Lockerbie Disaster in 1988 and the Beast from the East in 2018.

Scottish Mountain Rescue began to look at replacing the radios in 2015 and created a working group of experienced volunteers to research the new technologies available. The group worked with the teams to find the best replacement options. It was agreed that the new radios needed to provide the same key functionality as the earlier radios: excellence in communications, robustness, ease of use and range, as well as having the potential of additional functionality, which could be useful to the teams.

In collaboration with the United Kingdom Search and Rescue (UKSAR) Comms Working Group, the decision was made to use Digital Mobile Radio (DMR) technology, as it was best suited to search and rescue. DMR enables the radios to relay signals via Single Frequency Repeat (SFR), as well as providing GPS data.

Relaying signals potentially doubles the range of the radios, allowing signals to ‘pass round a corner’ or ‘down a corrie or gully’, which will appeal to any team member who has had to perform the relay role themselves. In addition to the dedicated working group’s own research and testing, the radios were also given to a number of SMR team volunteers to test and approve. 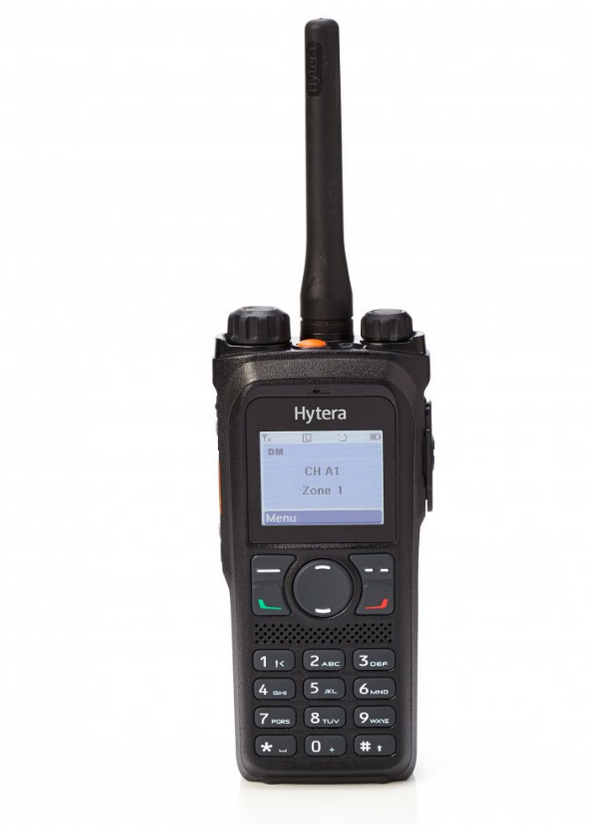 Furthermore, having chosen a possible radio, Scottish Mountain Rescue worked with Scottish-based Hytera radio supplier, Bridge Systems Ltd (Dunfermline), who were able to collaborate with Hytera and develop the GPS data so that it provided a rescuer with a British Grid Reference, rather than just a latitude/longitude position, meaning team members would not need to carry a separate GPS device.

“Members of DMRT have been working with the new radios during training and rescues for well over a year now. Any initial reservations about how this technology would compare to the old analogue radios were quickly dispelled when we discovered just how well the Hyteras performed across the remote and complex terrain that makes up the DMRT area. The new SFR and GPS capabilities are particularly impressive and, when coupled with real-time digital mapping in our mobile base, are proving a game changer in the way callouts are managed.”

The working group chose the radio and the supplier using feedback from the teams and Bridge Systems Ltd, enabling them to move onto the procurement process.

This entire procurement of the radios was only made possible by the support of other organisations, for which Scottish Mountain Rescue are incredibly grateful. SMR would like to say a huge thank you to St John Scotland, Police Scotland, and the Scottish Government, whose funding contributions made the radio replacement possible.

“St John Scotland’s support for Scottish Mountain Rescue teams over the past two decades has made a huge difference to their ability to carry out their duties safely. As a charity we are committed to saving lives and helping communities be resilient, and we know that Scottish Mountain Rescue volunteers do a vital job in supporting their communities and the emergency services. We hope that by having access to these state-of-the-art radios, the teams will not only be safer, they’ll be able to help even more people who need them.”

“Police Scotland were delighted that their £101,000 added to other monies has achieved full funding for new VHF radios. The new radios will help communications and improve safety for mountain rescue teams across Scotland whilst they are responding to lost, missing, and injured hill-walkers and mountaineers.”

In a statement from the Scottish Government, the Cabinet Secretary Humza Yousaf said:

“I am well aware that the SMR VHF radio replacement exercise was a huge collaborative effort between Scottish Government, Police Scotland, St John Scotland and the SMR Executive, over a number of years, and it was great to see such a positive example of how, in Scotland, we can work together, across sectors, to improve things for volunteers on the ground.

St John Scotland, the Scottish Government and Police Scotland each contributed £101,000 over three years to replace the ageing mountain rescue VHF radio equipment, which was coming to the end of its useful life. I was also really pleased that my officials could help with the procurement process, to obtain best value for money and a good maintenance arrangement – the equipment can take a bit of a bashing on the hill, so we need to keep it up to scratch.

I remember that at the SMR conference in October 2019, the newly purchased, hand held radios were distributed to the teams; with the ‘vehicle sets’, ‘base sets’ and ‘repeaters’ installed in the run up to Christmas. I am glad that everything is in place now. I was also delighted when the SMR Chair sent the photo below, where all the conference attendees were holding their new radios! And I am, as always, hugely grateful for the outstanding, vital service the mountain rescue team volunteers provide on a 24/7, 365 basis.”

“This is another example of the hard work and dedication of our volunteers to make this project such a success.  The Radio Working Group members continue to put in long hours, on top of their roles as rescue team members, as well as their day-to-day jobs, to ensure that our rescue teams have the best radios to support their efforts in saving lives.” 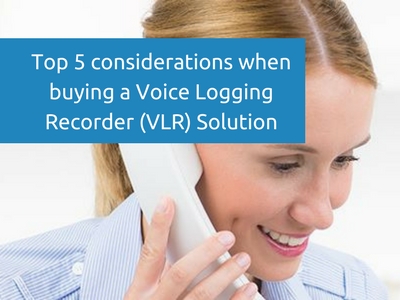 When making an important purchase for your business, there are certain considerations you need to take into account in order to make the right choices. In this article Nick McLean, Business Developmant Manager from Prolancer Pty Read more… 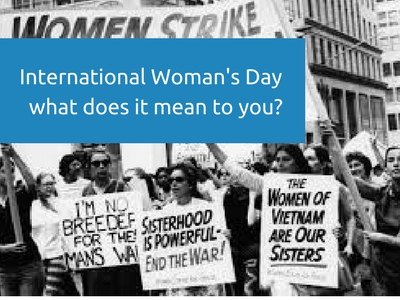 International Women’s Day – what does it mean to you?

Up until recently the subject of women’s liberation has not been something I have thought about at length.  Is this because it is 2018 and in my lifetime, I have not really had to endure Read more…