Ever wondered….What is two way radio?

A two-way radio is a radio that can both transmit and receive (a transceiver), unlike a broadcast receiver which only receives content. A two-way radio (transceiver) allows the operator to have a conversation with other similar radios operating on the same radio frequency (channel). Two-way radios are available in mobile, fixed base and hand-held portable configurations. Hand-held radios are often called walkie-talkies or hand-helds.

Sometimes customers believe mobile phones might be an alternative to two way radios.  Here are a few things you should know before you commit to lengthy and expensive cell phone contracts: 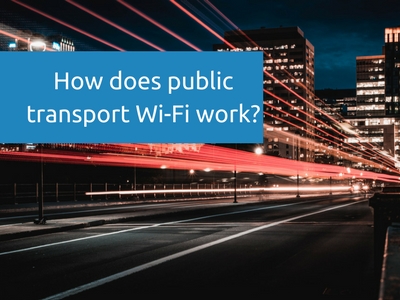 How does public transport Wi-Fi work?

In this day and age you may take it for granted that when you jump on a bus or a train you will automatically be able to access free Wi-Fi. Have you ever wondered “How Read more…